How Much Exercise Should Children In The UAE Do Per Week

Some kids in the UAE do little or no extra-curricular exercise. How much exercise should your children be doing on a weekly basis and what are some great exercise types for kids? 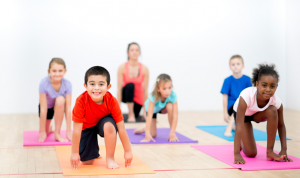 How can parents in the UAE ensure their kids get enough weekly exercise? We asked a professional children's fitness personal trainer in Sharjah for his thoughts.

The number of children in the U.A.E that follow a sedentary lifestyle is on the rise and is an issue of concern for parents, not only the lifestyle but the quality of food that majority of children consume in the UAE is either processed or has high amounts of refined sugar.

So it could easily be stated that if your child is spending most of his/her time on electronic devices most of their caloric intake is easily converted into excess body fat, and that also has an impact on their mental health, such as your child might feel symptoms of anxiety and depression.

Question: In the UAE many children do not take part in any kind of extracurricular exercise activities. As a personal trainer in Sharjah who has experience with children’s fitness why do you think children of all ages should be exercising more regularly?

Exercise is a great way which is proven to reduce stress, as it enforces the release of hormones such as Endorphins, Dopamine and Serotonin which our produced in our brain and our distributed throughout our nervous system.

These hormones play a key role in our sleep cycles, reducing stress, anxiety and also increasing our confidence and regulating our moods.

As a children’s personal trainer in Sharjah I believe exercise is also a great way for students as well, as during exam seasons 20-30 minutes of exercise per day could aid children to score better marks during their exam by reducing their stress, improving their overall focus and also better long term memory by stimulating the release of dopamine, which are many of the proven mental health benefits a child could gain by regular and consistent exercise.

It also a misconception among adults that exercise could be linked with factors that could stunt a child’s rate of growth, well that fact has yet to be proven although what has been proven is that exercise increases the rate of growth by stimulating the release of anabolic hormones such as testosterone and growth hormone.

How many hours exercise should kids do?

Question: For parents in Sharjah who are concerned that their children do not get enough exercise how many hours of physical exercise per week would you recommend for children?

60 Minutes of regular exercise per day for 4-5 days.

Although in order to be consistent with exercise, Our DiFit training program for kids in Sharjah & Dubai emphasizes on not only getting your children fitter but also changing their perspective of regular exercise, to view exercise as a medium that could enhance their abilities and not as a burden.

Until now due to our successful approach many children have been able to make exercise a part of their regular routine, not only that but they also thrive to follow a healthy lifestyle after experiencing the benefits of incorporating exercise into their regimen.

What are the best exercise types for kids in the UAE?

Question: As a professional kids fitness PT what are your top 5 exercise techniques for children and can you explain how and why you believe they work well ?

Olympic Weightlifting Movements – These movements are great in developing components of fitness such as power, explosive strength, neuromuscular strength and flexibility. Although initially In the sport of Olympic Lifting technique plays a vital role and children are taught the movements with a PVC pipe. As children grow older they get progressively stronger, Majority of world class weightlifters have taken up the sport at an early age and are phenomenal athletes.

Running – It is a great way to build endurance, stamina and improve our aerobic capacity.

Exercises that resemble Animal Movements – Some of the names of these exercises are Bear crawl, Inchworm, Spider crawl, horse walk and there are many more, generally these movements have an element of fun and also provide a challenge.

Thrusters – A compound movement which involves the upper and lowerbody, basically it is a front squat to a press. This is exercise is often used for developing muscular endurance, As well as upper and lower body strength.

Controlling food habits and counting calories is not practical in most students cases. To balance calories, kids must also engage in a proportionate amount of physical activity in order to avoid laziness other lifestyle diseases.

Regular workout helps to get them better sleep and regulate blood sugar levels. Get more sleep, and your brain produces another type of hormone that actually suppresses appetite. In most of the fitness centers in UAE focus on fitness of adults.

If you are a parent in the UAE and need help with children’s fitness programs the PT’s and fitness coaches who are listed on the UAE Personal Trainers website can help.

The Benefits Of Organic Food In the UAE

Organic food – just a ‘in thing’ or is it really better for our health and fitness. Abu Dhabi personal trainer Serene Ghandour explains why she believes organic is the way to go 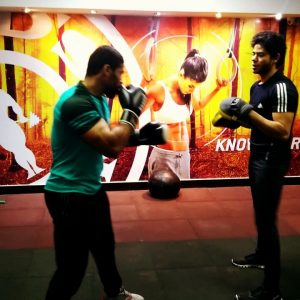 There are many sports in Abu Dhabi that can help with kids fitness. Boxing is great for many reasons including improved fitness levels, weight loss, stress relief and much more. Coach Hamada explains how boxing for kids can help. 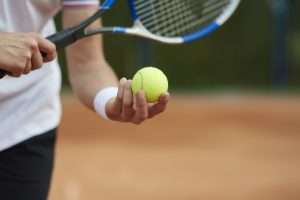 Want to learn how to play tennis in Abu Dhabi? Perhaps you want to improve your skills. With lessons available for complete beginners, intermediate and advanced these tennis lessons are suitable for all levels and all ages. Private and group coaching options. 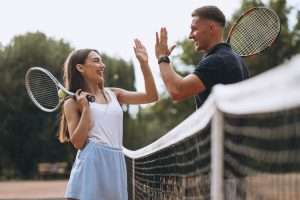 Tennis lessons in Abu Dhabi for complete beginner or advanced players. Learn tennis as a sport or use tennis as a fitness method to compliment your exercise lifestyle. Professional lessons with a professional coach.

Each personal trainer profile page includes a quick contact form. You can contact the coach direct and they will get back to you as soon as possible.

Use the filter options on the page below to closely match your training goals with the right coach and even select to show male, female or all personal trainers.

The price for personal training in Dubai, Abu Dhabi, Sharjah and RAK can be found on the personal trainer profile page. Each coach has their own price information and training fees. When you contact a PT they will provide full details about price, discounts and promotions.

All personal trainers listed on the UAE Personal Trainers website will provide a free fitness consultation to get a better understanding of your health and fitness goals.

Where Can I Train?

Freelance personal trainers and fitness companies provide PT at home, your gym, outdoors. Online personal training is also an option for many coaches and their clients.