James is a professional tennis coach in Abu Dhabi who can provide well-structured tennis lessons for beginners and advanced players. He is qualified to work with adults and children and is a member of the Tennis Emirates Asc.

If you are looking for a male Tennis Coach in Abu Dhabi James can provide you with well-structured Tennis Lessons from beginners to advanced, for children and adults alike. James has 25 years of playing and coaching experience and is based out of several independent and community locations in Abu Dhabi and offers a range of small group and private classes from the age of 4 years through to adult advanced players.

James has been involved in tennis for over 25 years as a player and coach, 13 of which professionally. He has worked in several countries around the world, on every continent except South America. James got his taste for coaching at specialist tennis camps in the USA. He then started his formal career at an academy in Surrey, where he rose to a Head Coach position within two years.

He then spent three years on the clay in Austria, from where he also led tours to Croatia. James next helped set up an academy in India where he worked with ITF performance players, two of whom were ranked 1st and 4th nationally in the U14s. He toured with these players around India, and to the Road to Wimbledon in London in 2014, where one won the entire event.

From India, James migrated to New Zealand, where he ran the 10 & Under Program at Tennis Auckland, the largest regional federation, as well as assisting the national federation, Tennis NZ, in promoting its version of Mini Tennis.

How Can James Help You?

James’s coaching bible is the Inner Game of Tennis, which he combines with his study of psychology to facilitate student-centred learning.

He understands it is not the coach’s role to be a fountain of knowledge, but rather to set appropriate challenges in which the student can explore how to best develop their tennis. James prefers realistic game-based coaching approaches over basket feeding, in order to most realistically practice the four (technical, tactical, physical, and mental) performance factors.

James is a very dedicated and committed coach but with mutual respect the lessons are always harmonious and funny.

James knows first hand what it takes to become a competitive player and will do all his best to let this be for you.

No specific exercise methods are used or needed for tennis coaching in Abu Dhabi.

Exercise Equipment I Use

During your tennis lessons and classes with James he can use different tennis training equipment, including:

How Many Sessions Will I Need?

When learning to play tennis in Abu Dhabi there is no set number of sessions you might need.

Nutrition advice is not required for tennis lessons.

Do I Need Exercise Equipment?

James will provide any required items of tennis training equipment.

Can I Train At My Gym?

You can train at a variety of locations in Abu Dhabi. Speak with coach James for full details.

Please use the contact form below to get in touch with the trainer.

Your review will be held for moderation and does not automatically show on the profile page. Please only submit your review once.

changing your eating habits as part of your personal training plan in Abu Dhabi. Here are some great tips and ideas on creating and sticking with a healthy eating plan in combination with your exercise and training regime

Running For Weight Loss In The UAE

If you want to lose weight fast and stay in great shape in Abu Dhabi or Dubai then get your running shoes on. Running is a great all-round fitness tool which can help you lose the pounds faster and get you into shape. Ideal for the whole family too. 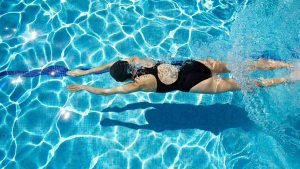 Learn swimming in Abu Dhabi with a professional and qualified swimming coach. These classes are ideal for beginner, they will help you feel more confident in the water and allow you to improve on your swimming skills.

Swimming class in Abu Dhabi. Learn to swim with a group who have the same needs and swimming abilities. All swimming lessons in Abu Dhabi are provided with a fully qualified swimming coach.