Yoga Or Pilates In The UAE – The Main Differences

They might look similar but Yoga & Pilates are different. Find out how and which one might be right for you. UAE Personal Trainers advice.

Yoga or Pilates in the UAE. What are the differences and which is right for you?

Pilates are Yoga are gaining in popularity in Dubai, Abu Dhabi and the rest of the UAE thanks to a better understanding of how they can both help with fitness in general and also mental well-being.

Much of the time people think that these two exercises methods are similar or even the same but there are many differences between Yoga and Pilates.

In this article you’ll find some great information about what those differences are, as well as an introduction to each.

In the UAE, many people are looking at alternative exercise methods. Going to the gym or working out with a personal trainer on a regular basis is a good idea for your health and fitness of course but pumping iron or slogging it out on a treadmill isn’t for everyone.

Yoga and Pilates have become an extremely popular way of working out for those who want to increase their flexibility, their strength and even lose some pounds in the process. Yoga and Pilates are of course popular because they both can be done at home, in a group class environment or even an outdoors location – at the beach, the park or even a tranquil lake.

There is some confusion though because many people think that Yoga and Pilates are pretty much one in the same thing but the opposite is true. While both do place emphasis on breathing techniques and both are usually practised on a mat with low-impact movements they differ very much in their histories and workout methods.

Yoga is a well-known stress buster and is used frequently for relaxation. Once you understand Yoga though you will realise it’s so much more than just a tool to work out and get into great shape. Yoga is a philosophy, a passionate pass time and for many a way of life which adds so much improvement to their every day living.

Once you try Yoga and understand the philosophy behind it you’ll get hooked and incorporate it into your daily living and healthy lifestyle.

There are many forms of Yoga to try but people usually start with Hatha Yoga in Dubai, Abu Dhabi or Sharjah.

Yoga involves a series of postures or ‘asanas’ that can be done on their own or in sequence. There are numerous asanas, some much more difficult than others which take time and practice to perfect. However, there are plenty of asanas suit for beginners too – your yoga personal trainer in the UAE will be able to provide you with a program designed to suit your yoga level.

Each asana works on a particular part of the body, not just the muscle but other parts too.

Yoga can also provide many benefits for your mental health and well-being too. A large number of studies like the one found here have proven that Yoga has positive benefits when it comes to depression and stress related issues.

Who is yoga suitable for:

The beauty of Yoga is that it is suitable for all ages and all abilities. Yoga can literally be performed by anyone and you don’t need to be super flexible or stick thin to start.

Yoga personal trainers and teachers in Dubai, Abu Dhabi and Sharjah have the experience to customise your program based on your weight, your flexibility and even your age.

Talking of age, Yoga is great for seniors too because it can help them remain supple, flexible and mobile. There are yoga teachers who are still teaching students the benefits of yoga well into their 80’s.

What are the key health and fitness benefits of yoga:

Practising yoga everyday is great for the body and mind. Some of the main benefits of Yoga include: 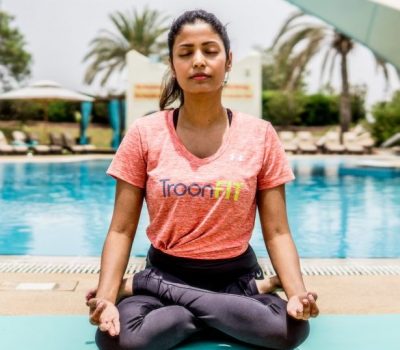 Shweta is an expert in different styles of Yoga. Her Yoga coaching in Abu Dhabi can be provided at home or outdoors and she can work on a 1-2-1 or group basis. Whether you are completely new to Yoga or have some experience, Shweta provides a calm and relaxing session.
PT Location:Abu Dhabi
PT Experience: Yoga, Yoga For Children, Yoga For Seniors, Flexibility & Mobility, Pre & Post Natal Yoga, Relaxation.....
I Can Train: Men & Women
View My Profile 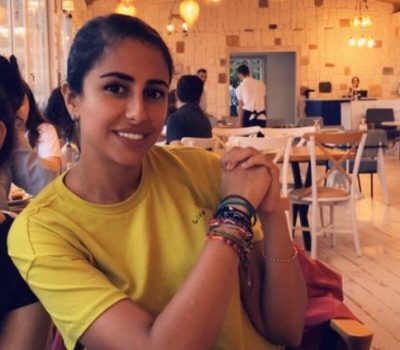 Norah is a Yoga teacher in Abu Dhabi. She can provide Yoga for back and other muscle pain, pre and post natal yoga and general Yoga. Able to work with adults, seniors and children Norah can come to your home or you can practice Yoga outdoors.
PT Location:Abu Dhabi
PT Experience: Yoga Coaching, Pre and Post Natal Yoga, Pain Management With Yoga, Kids Yoga, Yoga For Seniors, Weight Loss, Meditation, Rehabilitation.....
I Can Train: Men & Women
View My Profile 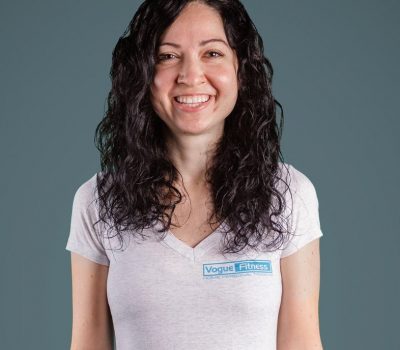 If you want to learn Yoga in Abu Dhabi or improve your current Yoga technique Elena can help. She provides well-structured Yoga coaching at home or other locations for adults, children and seniors. Elena likes to focus on proper form and technique, ensuring you get the best benefits from Yoga.
PT Location:Abu Dhabi
PT Experience: Yoga For Relaxation, Yoga For Rehabilitation, Reiki, Meditation, Yoga For Kids, Improved Flexibility.....
I Can Train: Men & Women
View My Profile 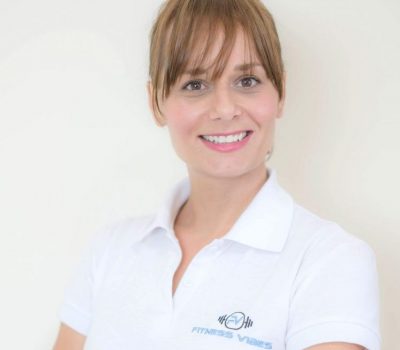 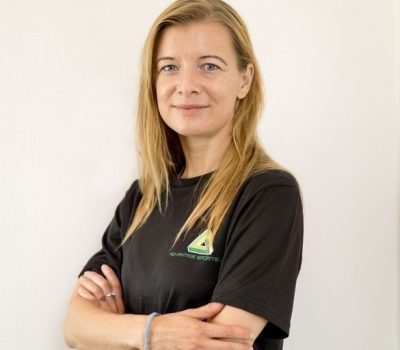 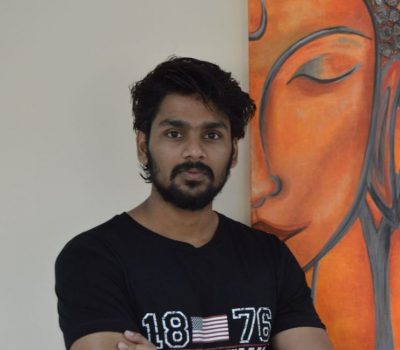 Yoga Training At Home In Dubai With Coach Manu

Learn Yoga in the comfort of your home in Dubai or even online with professional Yoga instructor Many. Hatha, Vinyasa and other Yoga training for all ages.
PT Location:Dubai
PT Experience: Yoga For Beginners, Advanced Yoga, Yoga For Stress, Rehabilitation Yoga.....
I Can Train: Men & Women
View My Profile

On the other hand, Pilates is similar to Yoga in that it uses poses but the main focus of Pilates is to strengthen the core which in turn greatly improves your posture.

Like Yoga, Pilates is a form of low impact exercise that will help strengthen and tone the muscles while improving overall posture.

Bad posture is a big problem for many people in the UAE. Many men and women are seated for long period of the day which can lead to badly aligned posture which increases with age.

Pilates practice aims to reverse and correct this problem with a range of poses that help to stretch muscles. Most Pilates routines have core exercises as their central theme and Pilates has no connection to the spiritual side of exercise like Yoga does.

Pilates itself doesn’t require any equipment apart from a mat but there is also something called the Pilates Reformer.

Pilates Reformer is done using a reformer machine which pretty much looks like a bed with pulleys and springs. Reformer Pilates is generally superior than mat Pilates because of the more intense exercises that can be done.

Who is Pilates suitable for?

Generally, like Yoga, Pilates is suitable for all ages and abilities. Pilates can really help if you want to increase your core strength and stability or if you suffer from poor posture and posture related problems like neck, back and shoulder pain.

For seniors in the UAE doing Pilates regularly can help seniors to keep mobile and flexible with age.

What are the main benefits of doing Pilates? 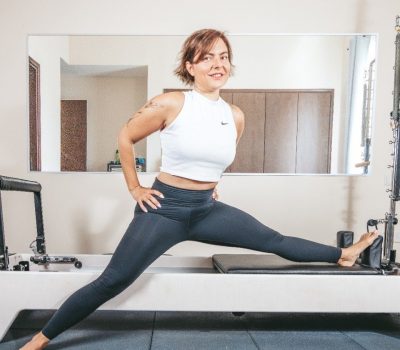 Pilates training in Dubai with Lara can help with body slimming, pre and post natal exercise, rehabilitation, muscle strength and much more. She can even help with posture correction and pain management with the use of her Pilates Reformer equipment.
PT Location:Dubai
PT Experience: Pilates For Wellness, Pre & Post Natal Training, Rehabilitation, Body Toning, Improved Mobility, Flexibility.....
I Can Train: Women Only
View My Profile 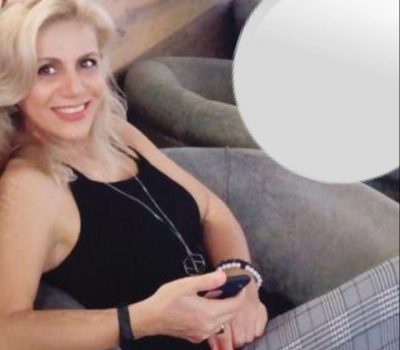 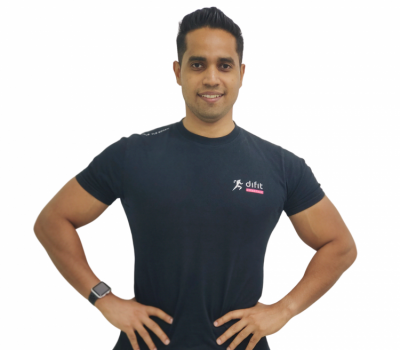 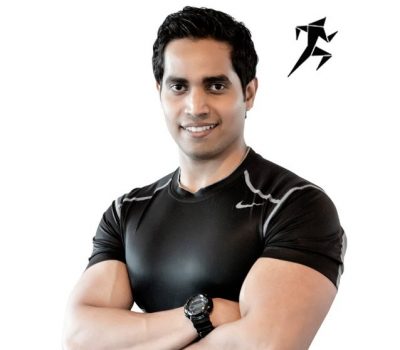 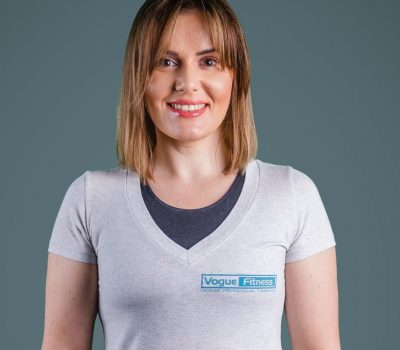 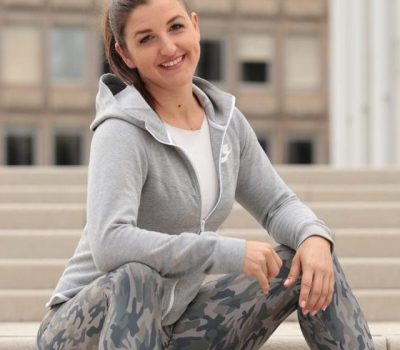 If you want to train at home in Dubai or even your local gym Carina is a well qualified female fitness coach with more than 8 years experience. She can work with male and female adult clients throughout Dubai.
PT Location:Dubai
PT Experience: Pilates, Body Toning, Muscle Building, Cardio Health, Weight Training, Aqua Aerobics, Bodybuilding.....
I Can Train: Men & Women
View My Profile

A deeper looks at the differences between Yoga & Pilates

Now we’ve cleared up the basic differences between Yoga and Pilates let’s take a deeper look at how the two exercise methods differ:

Yoga is inextricably linked to spirituality – it forms part of the foundation of Yoga but you don’t need to be ‘into’ the spiritual side to enjoy Yoga. The historical aspect of Yoga is based on spirituality. In it’s earliest form Yoga was a simple cross-legged pose which was used as a way to mediate. Nowadays there are an innumerable number of Yoga poses (standing, seated etc) which you can try and which focus on different parts of the body.

On the other hand, Pilates does have some stress relief benefits but Pilates has no spiritual connections.

Yoga has so many different and diverse poses that can provide an entire workout for your body. Poses can often flow and when selected in the right order can complement each other from one muscle group to another. Many Yoga teachers will select a range of flowing poses to ensure your Yoga class in Dubai, Abu Dhabi or Sharjah provides a well-rounded workout for your body and mind – these can be backbends, twists, arm balances, standing balances and so much more.

Pilates routines are different. Pilates exercises are based on movements from the core. Exercises are usually small movements which are repeated as sets. Correct posture alignment forms a major part of a Pilates routine where you are taught to have control over your movements.

Yoga is an ancient form of exercise which is believed to have originated in South East Asia. It has spread globally into many different forms – Hatha, Ashtanga, Flow, Kundalini, Bikram and even ‘Hot Yoga’ Part of its popularity today is its easy access and it’s suitability for all ages from kids in the UAE to the elderly.

Named after its creator, Pilates is the new kid on the block compared to Yoga. Joseph Pilates suffered as a child from several conditions that limited his mobility. He developed the Pilates techniques as a method of rehabilitation and core strengthening.

During its early years, Pilates gained a following from the fields of athletics, sports and even dance. Like Yoga, a professional pilates coach in the UAE can adapt a Pilates routine to suit your fitness level, your level of mobility and your age.

Both Yoga & Pilates provide a low impact form of exercise which is suitable for all ages and abilities. You can even find some trainers in the UAE who have experience in teaching clients both methods. Try each one and see which fits your needs better.

Find A Pilates Trainer Or A Yoga Coach In Abu Dhabi, Dubai or Sharjah

The UAE Personal Trainers website makes the entire process of hiring a freelance fitness coach in your local area so much easier and quicker. Click the links below to find local personal trainers in your area.

Pilates In The UAE For Everyday Health

No matter your age or fitness ability in Dubai Pilates can help with everyday fitness, flexibility and posture correction. How does Pilates help though? 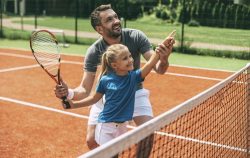 Tennis is a fun and active way to help children in Abu Dhabi and Dubai add more exercise to their lifestyles. Whether as part of a group tennis lessons or private training tennis provides all the exercise benefits of other training methods and also includes a fun element. How can tennis help your kids in the UAE? 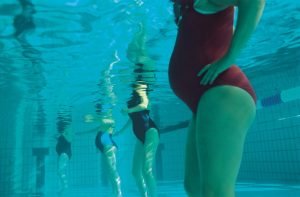 Aqua tone classes in Abu Dhabi are a great way to get in shape with gentle exercise. Because this is a low impact method of training it’s ideally suited to seniors too. 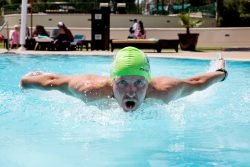 Swimming lessons Abu Dhabi. Learn how to swim with a group of people who are at the same level as you. You can learn at your own pace and feel more comfortable in the water.